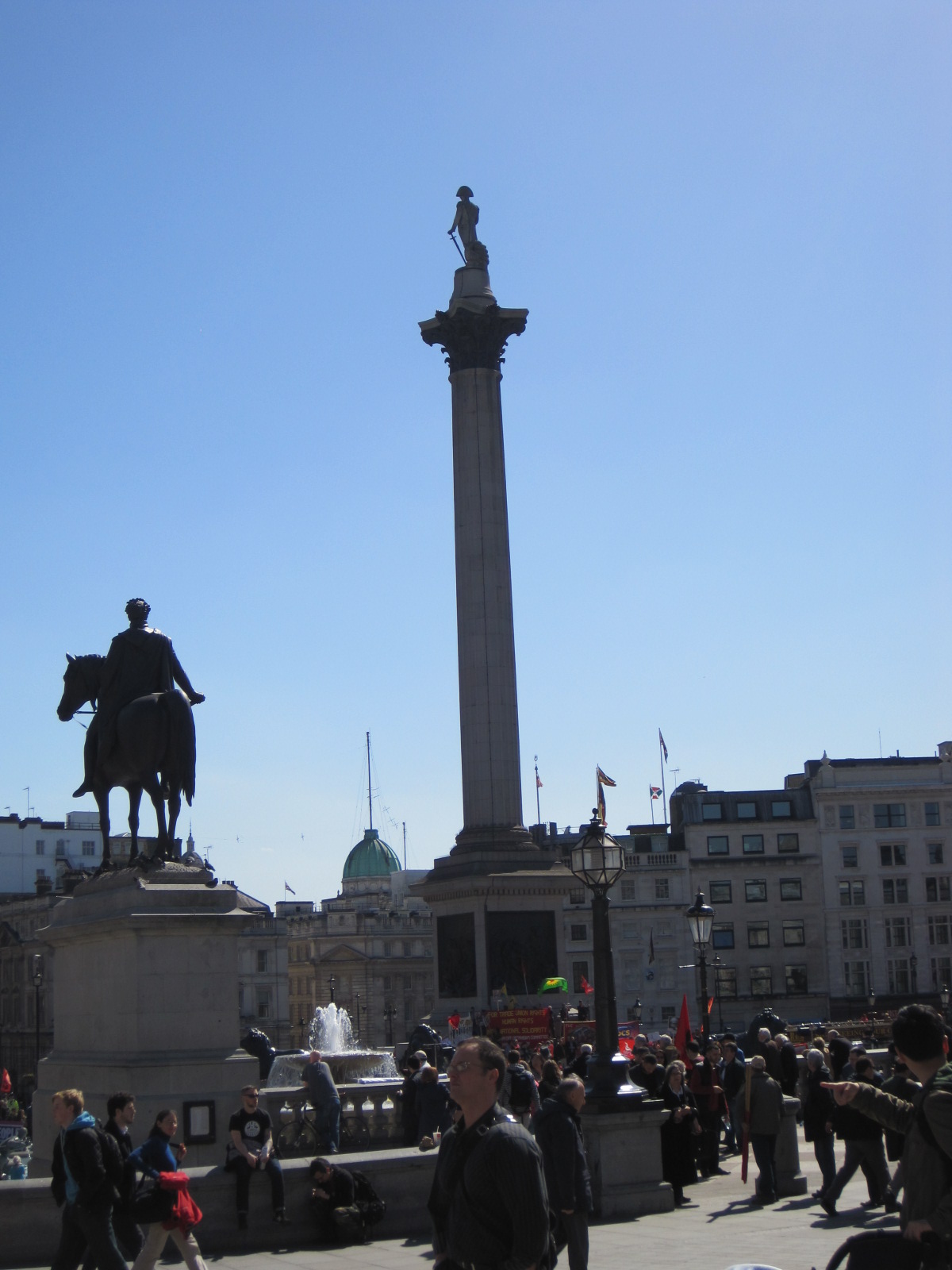 Trafalgar Square was officially named in 1830 and is a site of significant historic and cultural value.

Until the early 18th century most of the area was used as stabling for Whitehall Palace. John Nash developed the area as an “open square in the Kings Mews opposite Charing Cross” in 1812 as part of his design for a street linking Charing Cross to Portland Place. The area was to be “a cultural space, open to the public.”

The National Gallery, designed by William Wilkins, was built in 1832 and Sir Charles Barry proposed “an upper terrace next to the National Gallery and a lower level square, linked by a staircase” in 1838. The Nelson memorial statue was erected in 1843, and its two fountains in 1845. The famous bronze lions designed by Sir Edwin Landseer  were added in 1867. Today the monuments and statues have individual heritage classifications.

In keeping with Nash’s vision that the area should be a public cultural space, the area was redeveloped and reopened in 2003 with improvements to the wider area of the square and the removal of traffic from the north side.

The pedestrianised north terrace now links the square to the National Gallery, with the central staircase a popular new feature. The changes also include a cafe, public toilets and lifts for disabled access. St Martin-in-the-Fields and the Edith Cavell statue benefit from the more dignified setting created by the new high quality paving in front of the church.