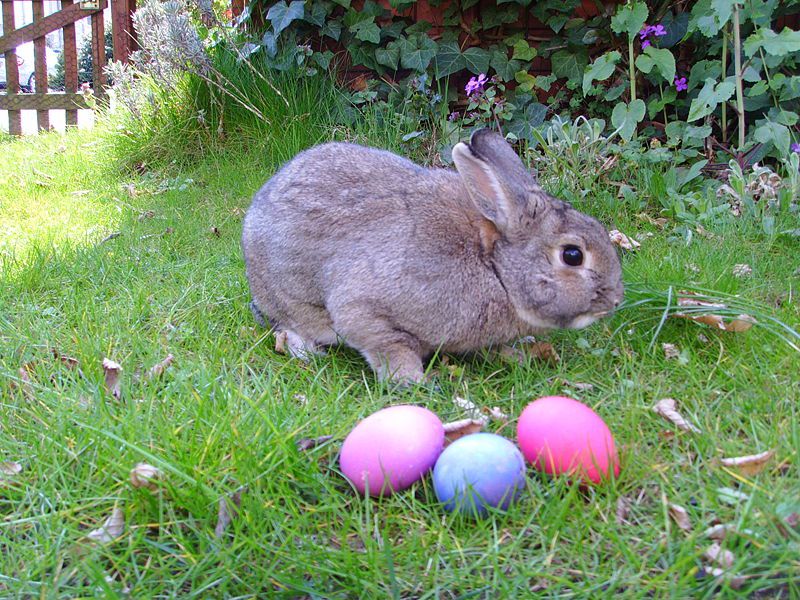 Did you know the Easter Bunny was originally a hare?

Yes, there is a difference! Hares are larger, haven’t been domesticated, and live in flattened nest-like areas of grass called forms rather than underground.

Where did this idea start?

The legend of the Easter Bunny can be traced back to a 16th-century German character named Osterhase, or “the Easter Hare.” He is mentioned in De ovis paschalibus (About Easter Eggs) by Georg Franck von Frankenau.

So, he’s the bringer of chocolate eggs, right?

Well originally the “Easter Hare” played the role of a judge, evaluating whether children had been good or bad. A sort of Father Christmas for Easter. Instead of bringing gifts, this benefactor brought coloured eggs in his basket.

Where did the idea of chocolate eggs come from?

Some enterprising chocolatiers and confectioners in Europe and USA in the 1800s. As chocolate became easier to make and thus more affordable, the tradition spread.

Why are chocolate Easter Bunnies Hollow?

Hollow bunnies are easier to eat.

“If you had a larger-size bunny and it was solid chocolate, it would be like a brick; you’d be breaking teeth,” says Mark Schlott, one of the manufacturers of hollow chocolate bunnies.

An Easter egg hunt is a game where decorated eggs are hidden for children to find. Prizes may be given for the largest number of eggs collected or the eggs themselves may be the prize.

How about an Easter Hunt for adults?

Funny you should mention that…….Treasure Hunts in London are organising an Easter hunt at the Victoria and Albert Museum on Saturday 26 March 2016. Bring your team of 2-4 players for an EGG-citing time.

Book your Easter Hunt for Adults at V&A Museum Tickets