There was a time when street art was merely graffiti. Now art on the street is being commissioned by the local council.

Abandoned buildings can be transformed by a few sprays of paint.  The makeshift canvas, tagged by its author reveals a beautiful mural to the world…..until it is painted over and a mundane white wall restored; awaiting the process to begin again.

Such is the transient nature of graffiti.

But it doesn’t have to be so.  As Sara Cochran said in a CNN report “Banksy came from the streets and now has gallery shows and auctions”.

To most people, street and public art are often indistinguishable in public areas. There are notable differences, however.  Jareen Imam is quoted as saying “Street art is considered rebellious in nature and illegal in practice, while public art is commissioned by cities or property owners and is considered culturally enriching and socially acceptable.”

Certainly Art on the Street has become acceptable. In some areas graffiti has gained a trendy image, supporting a new and thriving guided walk industry. 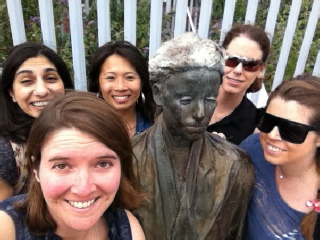 Embark on Treasure Hunts In London’s adventure and discover top street art in Brixton. Wander round and see art by Jimmy C, Broken Fingaz Crew, Louis Masai, and others as you figure out the answers to a mix of straight cryptic and puzzle clues and photo challenges.

This self guided hunt is available on the ClueKeeper app. This is a free mobile app available for iPhone and Android.

Get the hunt at Discover-London-Street-Art