Notorious criminal Mr X is on the run in Central London.

Can Scotland Yard’s finest detectives track him down, or will he escape forever?

One player takes on the role of Mr X, whilst other players take on the role of detectives and work as a team to try to find him. Mr X only reveals his location every 5 moves, but the detectives can get clues as to his location by looking at his travel log, which reveals his chosen method of transport. The detectives also move around the board using taxi, bus and underground tickets, and must try to surround Mr X, and then move to his hidden location to catch him and win. But the detectives don’t always win and Mr X can escape to any of the 199 locations shown on the detailed map of Central London!

Scotland Yard is an absorbing game that calls for strategy and logical thinking skills, plus plenty of teamwork from the detective team. This colourful new look Scotland Yard still has all the fun of the previous version. A family favourite for over 20 years, families love playing Scotland Yard over and over again, as no two games are ever the same. 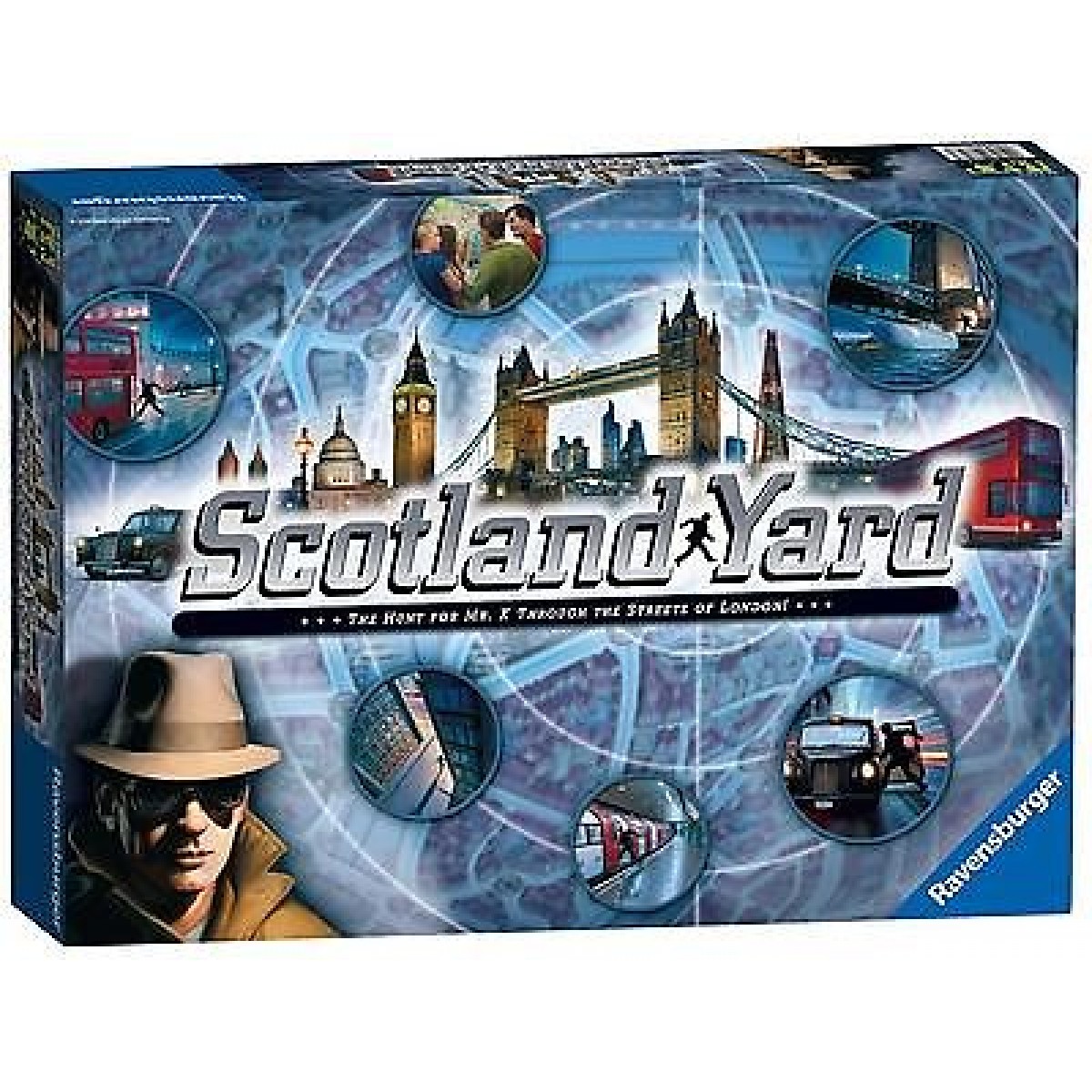 Get your Ravensburger Scotland Yard Game and track down Mr X