It’s incredible to think that the first Incredibles film came out 14 years ago. 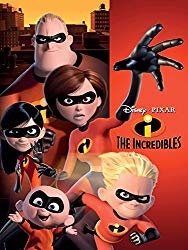 The 2004 American computer-animated superhero film, written and directed by Brad Bird, was produced by Pixar Animation Studios and released by Walt Disney Pictures. It tells the story of a family of superheroes who are forced to hide their powers. Taking on the role of “Mr and Mrs Parr”, Mr. Incredible and Elastigirl have to live a mundane suburban lifestyle with their three children. Unfortunately, Mr. Incredible’s desire to help people draws his entire family into danger. At the end of the movie (spoiler alert) having defeated their disaffected-former-fan “Syndrome”, a new supervillain arrives called “the Underminer”.

It appeared that everything was set up for the next movie. The Underminer video game was released but no film.

So we waited. Our kids grew up and left home and finally……The Incredibles 2 was announced.

Mr. Incredible and I happily planned another trip to the cinema.

While so much had happened in the real world, time had stood still for our heros. The film picks up directly after the arrival of the Underminer. The Parr family must save the world while attempting to regain the public’s trust.

Working together they, with help from Frozone, manage to stop the Underminer’s
drill from destroying the Metroville City Hall. Unfortunately, they are unable to stop him robbing the Metroville Bank. Worse, the collateral damage their operation causes prompts the government to shut down the Superhero Relocation Program…….

But all is not lost.

Superhero fan and owner of DevTech, Winston Deavor  and his sister, Evelyn, have a plan to help regain the public’s trust in Superheros. They provide the family with a new home and ask Helen (aka Elastigirl) to spearhead the publicity stunt.

That leaves Bob minding the family. While he struggles to help Dash with homework, because “they changed maths”, Elastigirl struggles against a new villain, “Screenslaver”.

The film is just as good as the first Incredibles movie. Recommended.

One thought on “The Incredibles have still got what it takes”