Research by the University of Alberta in Canada proved that resveratrol, a compound found in red wine, offers similar to the benefits of working out. Other studies show how a glass of wine per day can help avoid developing dementia or cancer and can regulate blood sugar. Resveratrol can also be found in blueberries, peanut butter, red grapes and dark chocolate.

However, too much resveratrol could actually speed up the ageing process rather than slowing it down. Laboratory tests by Manchester Metropolitan University showed that small doses supported cells in the repair process but higher doses had the opposite effect.

So, the jury is out on its health benefits, but it certainly goes well with food.

Written for an American audience, the recipe includes maple syrup  as a sweetener and warns  the more you add, the less you’ll taste the flavour of the wine. British cooks will have to experiment and adapt the recipe with more readily available sweeteners and adjust to taste. 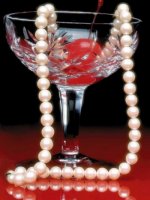 Want to discover how wine, and other alcoholic beverages, have impacted London’s history?

Check out Treasure Hunts in London “Drink To Me Only” Treasure Hunt at the Museum of London. Available for private hire and run for the public on selected dates – details are available at http://www.scavengerhunts.london/treasurehunts.html

Sign up for my newsletter with information on fun things to do for City Adventurers and special offers on events.