Sunday afternoon the City Adventurers took a trip to Upstairs at the Gatehouse in Highgate. 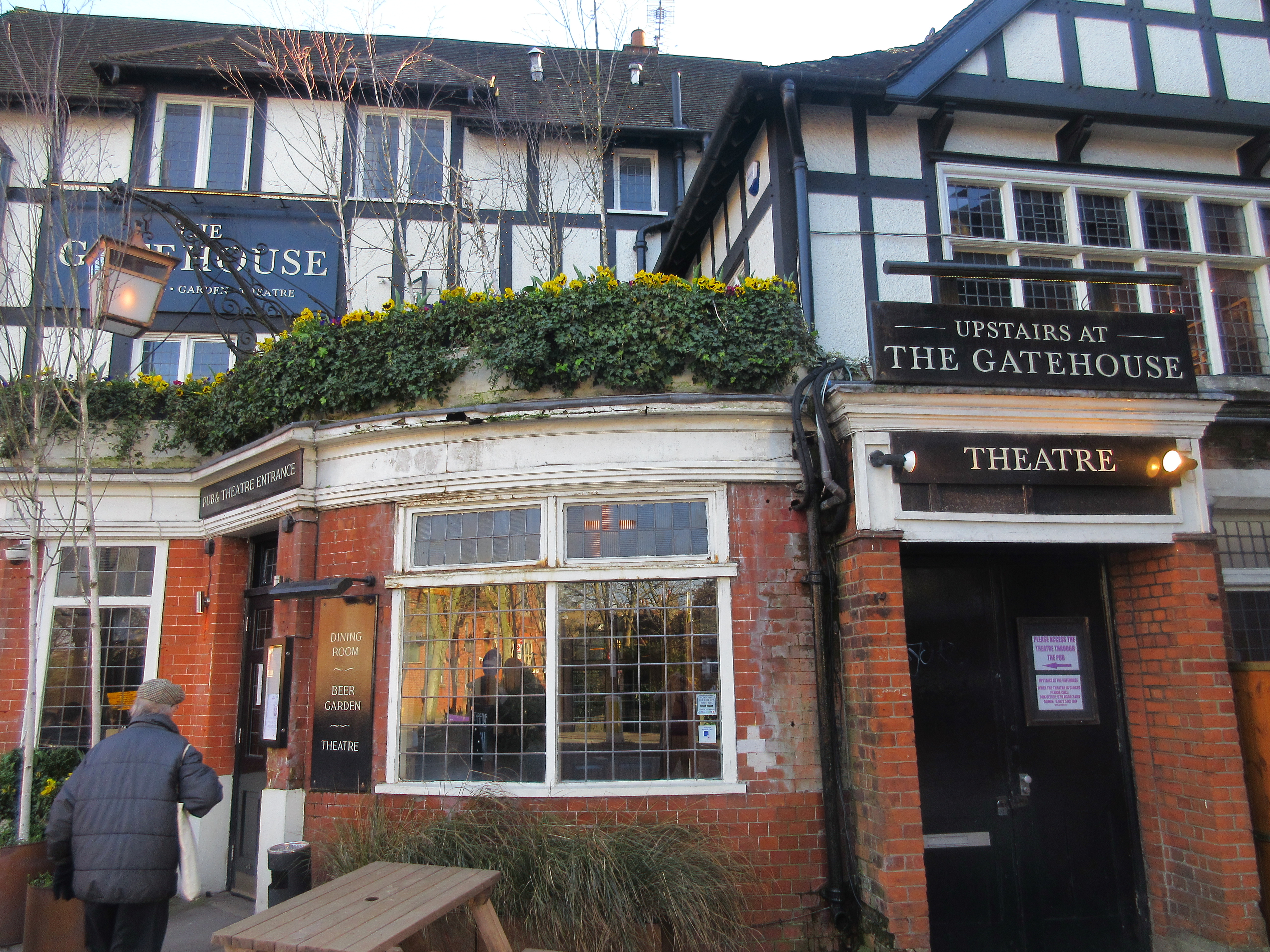 Luckily we were a small group as this theatre above the Gatehouse pub is small, seating just 122 people. We were surprised to find when we collected our tickets, that they were not for numbered seats, but allowed us to sit anywhere. With just four rows in front of the stage, one of which was fully reserved, and just 26 seats to each side, it was difficult to sit together. But it was good to see that London’s fringe theatres being well supported.

We’d come to see Elton John: It’s A Little Bit Funny. Martin Kaye plays the songs of Elton John while telling the story of how he met the man himself one night in Las Vegas.

No, it is not a tribute act.

Yes, Martin Kaye plays Elton John songs but this is not an imitation of Elton John.

Instead it is the story of a chance encounter in a Las Vegas casino lobby that leads to a fan talking to his hero about his life and rise (and fall and rise) to stardom. It is interspersed with songs, and snippets of songs, written by Elton John and Bernie Taupin.

Some of the songs will be known to all, while others, especially the early ones, may only be familiar to us Elton John fans. I recognised a couple of bars of “Burn Down the Mission” at one point, but I’m sure not many people did. Hearing some of the tracks, such as “I need you to turn to”, made me want to go home, play the music, and relive my youth.

Martin Kaye is a bundle of energy on stage. Easy to see why he played “Jerry Lee Lewis” in the show ‘Million Dollar Quartet’. He is accompanied by his band, who are hidden on stage behind huge illuminated lettering spelling “Elton”. A nice touch was the view of the keyboard of the grand piano being projected in the “O”.

Elton John: It’s A Little Bit Funny is written by Chris Burgess, directed by Ben Stock and produced by Katy Lipson. Staged as an intimate gig, Martin Kaye moves around the stage from piano to couch narrating his idol’s biography and their evening together.

The show is now heading to The Radlett Centre and the Hope Mill Theatre in Manchester.