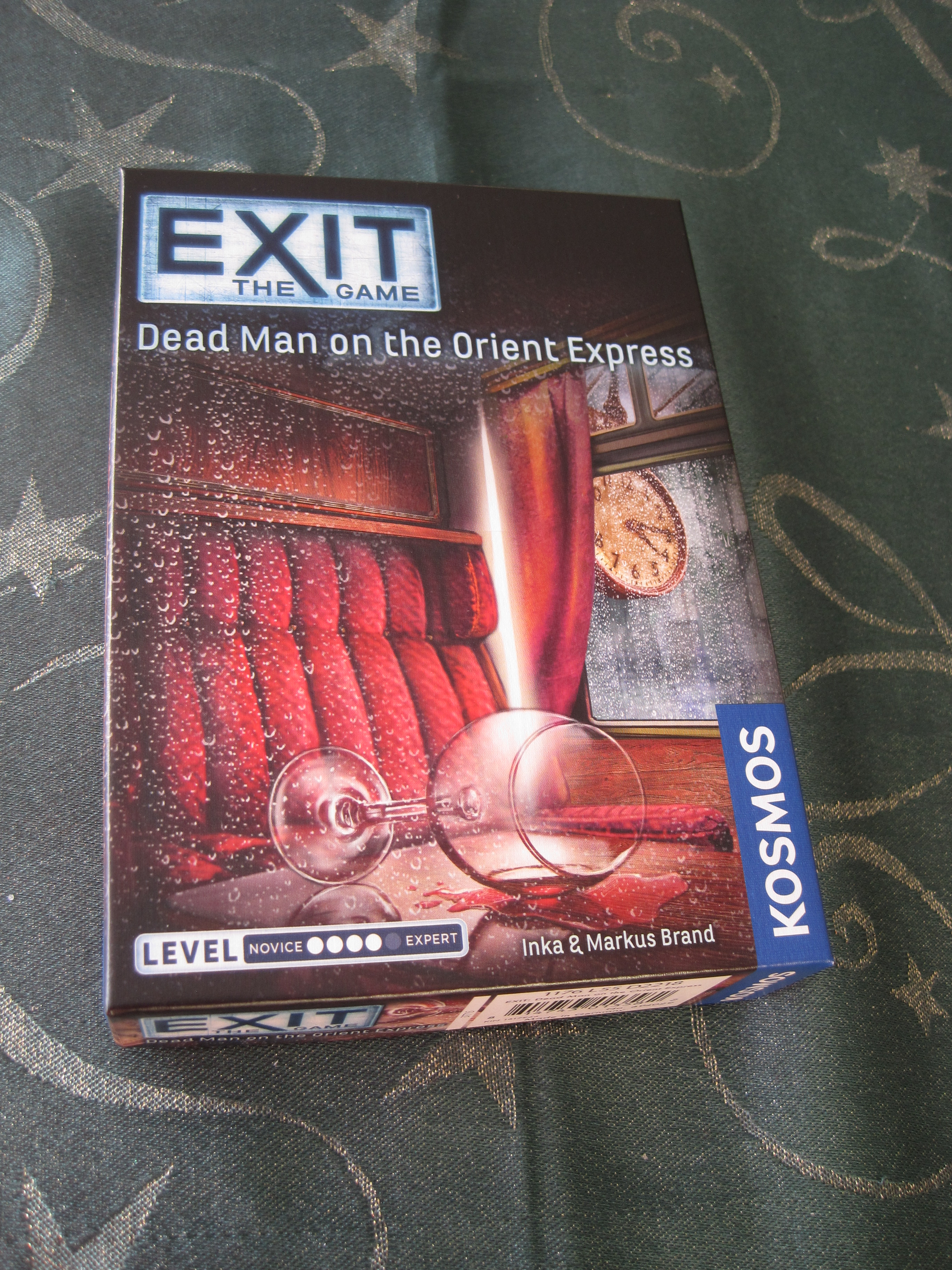 Dead Man on the Orient Express is part of the third season of EXIT games. It is categorized as a hard level and we did find it harder than some of their other games.

Again the box contains an information booklet and few decks of cards. You can only play the EXIT Games once, as some of the puzzles require you to cut up or fold components.

When you have solved a puzzle, you enter the three digit code into the cipher disc. If the answer is correct, you will be given more riddle cards and locations until the final puzzle is completed.

If you need a hint, there is a hint deck containing three cards per puzzle to get you back on track. The first typically gives you clues of what components you need, the second gives a clue on how to actually do the puzzle and the third “hint”card gives the answer.

Dead Man on the Orient Express is more than just an escape room in a box. It is also a murder mystery. the narrative leads you through the to the final puzzle where you deduce who the murderer is. Something different from just escaping, this proved a really satisfying ending to the game with some great deduction elements.