As the City adventurers are unable to actually visit escape rooms, I’m adding my reviews of Escape Games in a box that can be played at home. 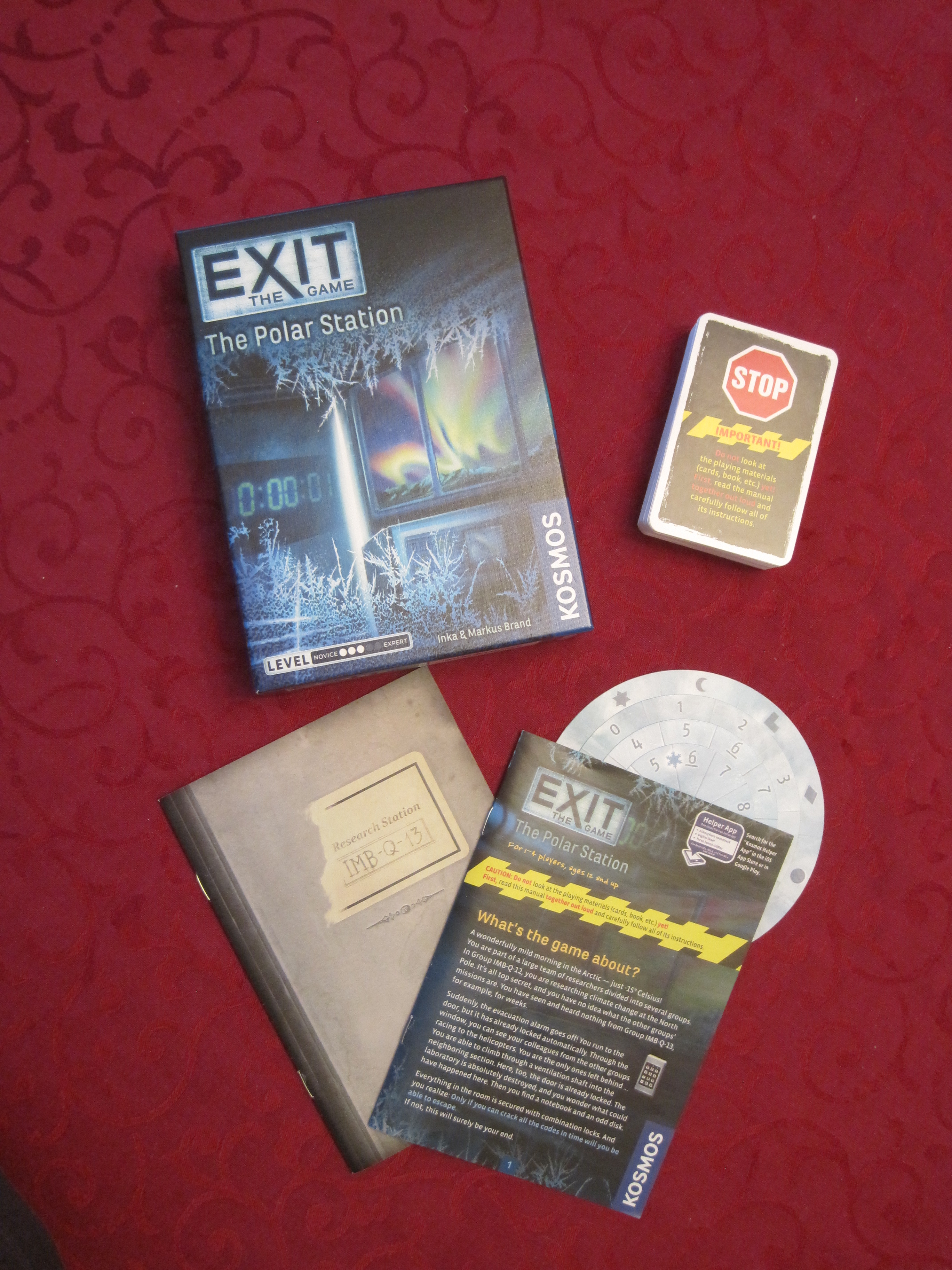 Exit the game – The Polar Station

It’s a mild morning in the Arctic and you are part of a large group of researchers that have been divided into several teams. Your team, IMB-Q-12, are researching climate change. You have no idea what the other teams are researching, and have not seen or heard from the neighbouring team, IMB-Q-13, for weeks.

Suddenly an alarm sounds warning everyone they have to evacuate!

Unfortunately, the door to your lab has locked automatically. Climbing through a ventilation shaft, you make it into the IMB-Q-13 section, but your escape is hampered by a series of combination locks. You need to solve the codes to unlock them to stand any chance of making it onto the last evacuation helicopter…….

Like other Exit the Game titles the box contains an information booklet and few decks of cards. You can only play the EXIT Games once, as some of the puzzles require you to cut up or fold components.

To help you, you have a cipher disc. When you enter the correct three digit code into the cipher disc, you will be given more cards to help you get out. Hints can be obtained from the hint deck, which contains three cards per puzzle.

We needed far more hints for this game than the other Exit games, even though its rated level 3 for difficulty. at times that was because we were trying to solve things without enough information. Luckily the first hint card tells you what cards you need to solve the puzzle, so we were able to see we’d need to solve a few other things first.

Harder than we expected, but we enjoyed it. Give it a try.

Available from Amazon at https://amzn.to/2LP0asz