Each story has a small mystery which is invariably solved by Henry, the clubs unobtrusive waiter.

I need to address the elephant in the room.  Throughout both books there isn’t a single female character. So let’s not even bother with the Bechdel test.  The author states in his introduction that the setting was based on a club of which he was a member. So in many ways it was write about what you know. Both these books are from the 70s. I say this not to excuse them, more a statement of fact. The lack of female characters comes from the setting of the stories and I detected no misogyny in any of the stories. I doubt if such a setting would be used today.

The stories have a core set of characters who pop up in various stories.

The basic premise is that there is a guest at each meeting who has a mystery to solve. Generally I don’t like short stories as they don’t necessary allow character development. But having a set of characters across stories lets you get to know them. Over the stories I became quite fond of them.  There is no sense of peril in any of the stories, just a bunch of guys chatting.  The subject of the mysteries are wide ranging, from a possible murder to a lost stamp.  The mysteries are more like lateral thinking puzzles and are a bit contrived at times.

Overall they are an easy, enjoyable read but possibly lack a bit of substance for today’s audiences.

Tales of Black Widowers is available from Amazon

More Tales of the Black Widowers is available from Amazon 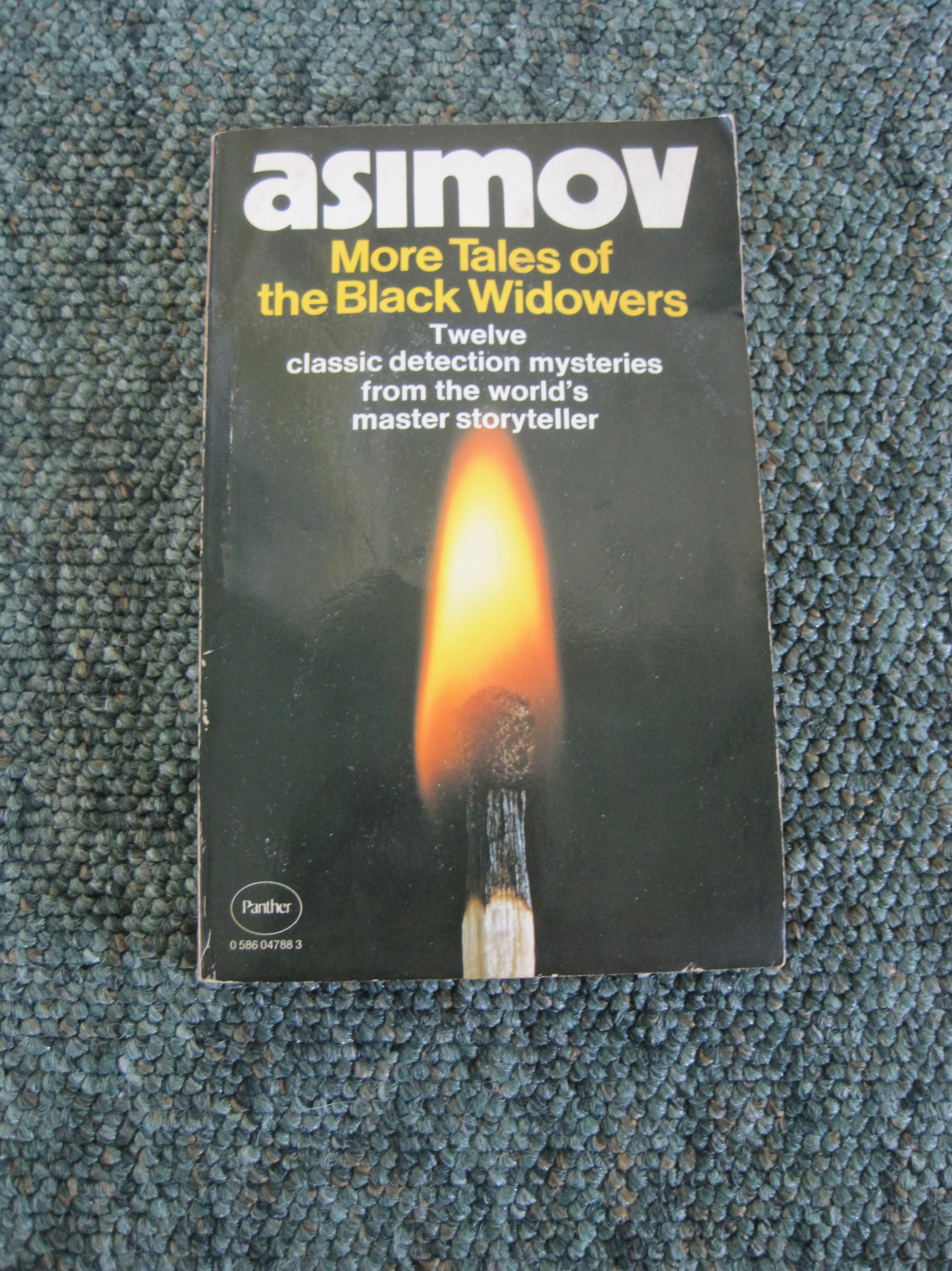