High treachery and betrayal are just an ordinary day for Game of Thrones.

WHO was responsible for plotting the murder?

WHAT weapon was used?

WHERE did the crime take place? 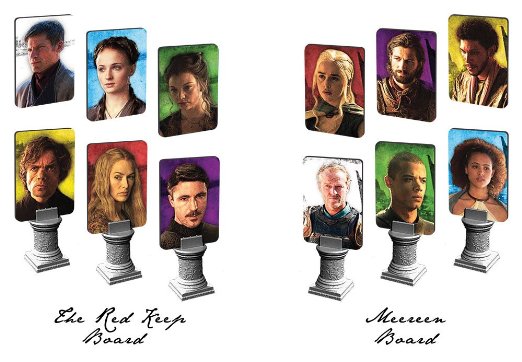 This board game incorporates some of the original Cluedo but adds its own Game of Thrones surprises and uniqueness.

The double-sided game board includes two locations: The Red Keep and Meereen. The game includes 12 suspects, represented by popular characters from the hit television series, plus 6 custom weapons and 6 custom movers. For 2 to 6 players. 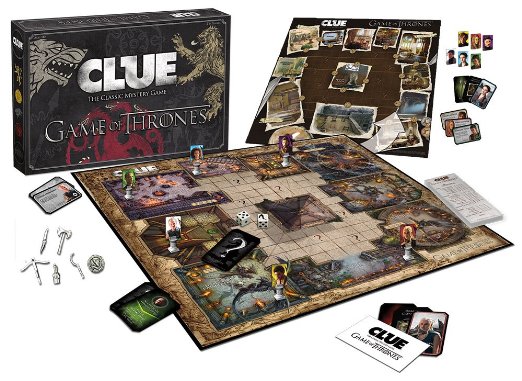