With so many types of murder mystery available, how do you decide which is the best Murder Mystery Event for you?

It all depends on your audience. If you are planning a small gathering, there are a number of companies that supply dinner party games for 6 to 20 people.

Some are available to download, others are supplied as boxed games.

For example ITM Games have a number of games titles for groups of 6 to 12. They are available for purchase and download from their website. These role playing games have character profiles for each player and clues are distributed throughout the party via clue packs. The murder mystery games contain a murder, whereas the mystery games have a crime (not murder) so are more suited to a younger audience. In both cases the crime/murder is committed prior to the start of the party and so all guests are suspects and no-one is “killed” during the party.  ITM Games  are unique in that the murderer does not know they have committed the crime and so can fully participate in the accusations. Another unique feature of this companies games are the double-bluffs at the denouncement.

Another option for a party with family and friends are the “freeform” games. Similar to the above, all the characters are given profiles, but instead of the information being distributed throughout the event, the players are given character assignments at the outset to complete throughout the party. They are told who to speak to and suggestions of information to find and what to hide. Often they are given the opportunity to commit murders as the event progresses and to bribe/blackmail each other. If you feel your guests would be comfortable to mill around questioning each other, this sort of game may be suitable. It does require people to “network”  and be mobile rather than read the next clues and ask questions around the table. 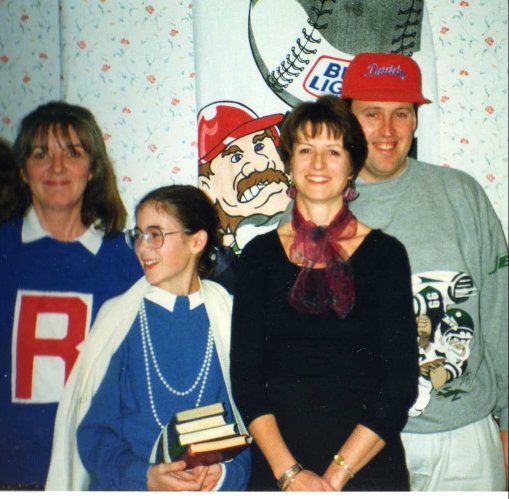 Once you get over 20 people, I suggest the best option is to consider a theatrical production.

If you are thinking of more than 20 guests, I suggest you really need to think of a core group of suspects. More than 20 people with means/motive/opportunity I personally feel is too much to handle! A Murder Mystery production can be interactive or observatory. Observatory is like going to the theatre for the evening with no audience participation.

For Interactive events, the choice depends on whether you want your guests to be suspects as well as investigators.

If you want the audience to play the suspects, you could have a compered show where the guests are given a character profile to read. They do not have to learn a script and the characters can be distributed on the night. ITM Games offer The Blood Arrow Murder.As the audience are given their scripts on the night, they do not have time to learn lines, develop a character or know the background of the story. Therefore, they are restricted to reading what is put in front of them and not answering questions from the floor. Contact ITM Games for details.

For a much more interactive murder mystery show, it is necessary to employ a group of actors who play the victims and suspects. They are able to learn the back story so they can fully interact with the audience and answer their questions.

These are great fun for audience and cast alike. You can see an example of one of mine with Invitation To Events

Some companies blur the lines between the two types noted above and say they have actors performing the event, but actually hand some parts to the audience to read on the night.

Just remember, whichever type of murder mystery you decide on, make sure you have fun!