Why is 24 may National Scavenger Hunt Day?

There is no known origin of this holiday, but the date does coincide with the birthday of Elsa Maxwell.

Elsa Maxwell, the American gossip columnist renowned for her parties, has been credited with introducing the idea of treasure hunts and scavenger hunts as adult party games. She has been quoted as saying “In the Treasure Hunt . . . intellectual men were paired off with great beauties, glamour with talent. In the course of the night’s escapades anything could happen.”

The film “My Man Godfrey” made in 1936, and remade in 1957, reflects such parties. It includes a scene where socialites play a scavenger hunt and have to retrieve a “forgotten man”, i.e. someone down on their luck and in need to government assistance.

Treasure hunts and scavenger hunts both involve finding something, so for many people the two terms are interchangeable. Both types of hunt get people having fun, working together, solving challenging clues and exploring an area. So why do people think the terms are interchangeable and why are some people much more decisive about the differences between the two types of hunts?

When naming Treasure Hunts in London, and talking to people about my organisation, I found that, in general, the British seemed to respond to the phrase Treasure Hunt, while Americans responded to the term Scavenger Hunt.

Guinnessworldrecords.com currently lists the largest treasure hunt as the 28th Treasure Hunt Game of Rethymno (Greece), in Crete, Greece. This took place on 12 February 2017 and involved 1468 participants. It stripped the title from Newcastle University (UK) which organised a hunt on 9 July 2014 involving 1001 participants exploring different locations around the Gateshead Quayside.

Until recently the record for the largest scavenger hunt in the world was held by the University of Chicago. Every May, since 1987, it has hosted a special four day event called the Scav Hunt. In addition to finding items, players take part in sporting activities, construct things, go on road trips and even give blood. The University of Chicago Hospital blood bank benefits from the yearly Scav Hunt Blood Drive donations.

However, the title passed to Provo, Utah, USA in 2014. Guinnessworldrecords.com currently lists the largest scavenger hunt as the “Passport to Provo” event on 13 September 2014 consisting of 2,079 participants.

When you break it down, scavenger hunts and treasure hunts share a number of similarities. Both types of hunt can be played as a team or individually, and both are competitive. It can be team against team or individual against individual, or even just played against the clock.

What to searched for

With a treasure hunt, the clues lead to something valuable, i.e.  treasure.  With a scavenger hunt, players are searching for items that others have discarded.

A treasure hunt, on the other hand, has only one goal and that is to solve the clues to find the location of the treasure.

With both types of hunt there are clues to solve to get you to the next location.

Treasure hunt clues are often cryptic. They can involve riddles, puzzles, codes or wordplay. Once solved the clue directs the team to the next location. A treasure hunt is a thought-provoking pursuit.

For some treasure hunts, the clues must be solved in order. Where this is the case, players cannot progress to the next location until they have successfully answered the preceding clue. In the past the clues were hidden in situ and the team had to actually find the clue telling them where to go next. Now, with smart phones and tablets, players can submit their answers to a games master and find out if they are correct before being sent the next clue. This also allows the team to request assistance from the organisers.

I have been on hunts where teams arrive at the next location and find other teams wandering around searching for the clue. It can lead to frustration if a number of teams all arrive at the same place at the same time and no one can find the clue! With technology it is possible to give hints and move teams along before a backlog occurs. It is also possible to distribute clues in different orders to teams so that they all answer the same clues but in a different order.

With a scavenger hunt, the clues are more straightforward. Usually it is presented as a list of things to be collected or photographed. The challenge is not in solving the clues but in finding the items. The objects to be found can be mundane and easy to find or obscure. Photo scavenger hunts allow items to be found and photographed but not removed.

For a scavenger hunt, where the object is to gather things quickly, the route restriction may be lifted and the players enabled to cross items off their lists in any order. The list of items to find and retrieve, or photograph, is usually quite straightforward. Points are given for each item found. Some items may be worth more points because they are harder to locate. This can add a time element to the game as teams need to work out how long it will take to source the objects and whether it is worth the time it will take or better to forfeit the points.

Treasure Hunts in London uses a combination of scavenger hunt and treasure hunt for their events. 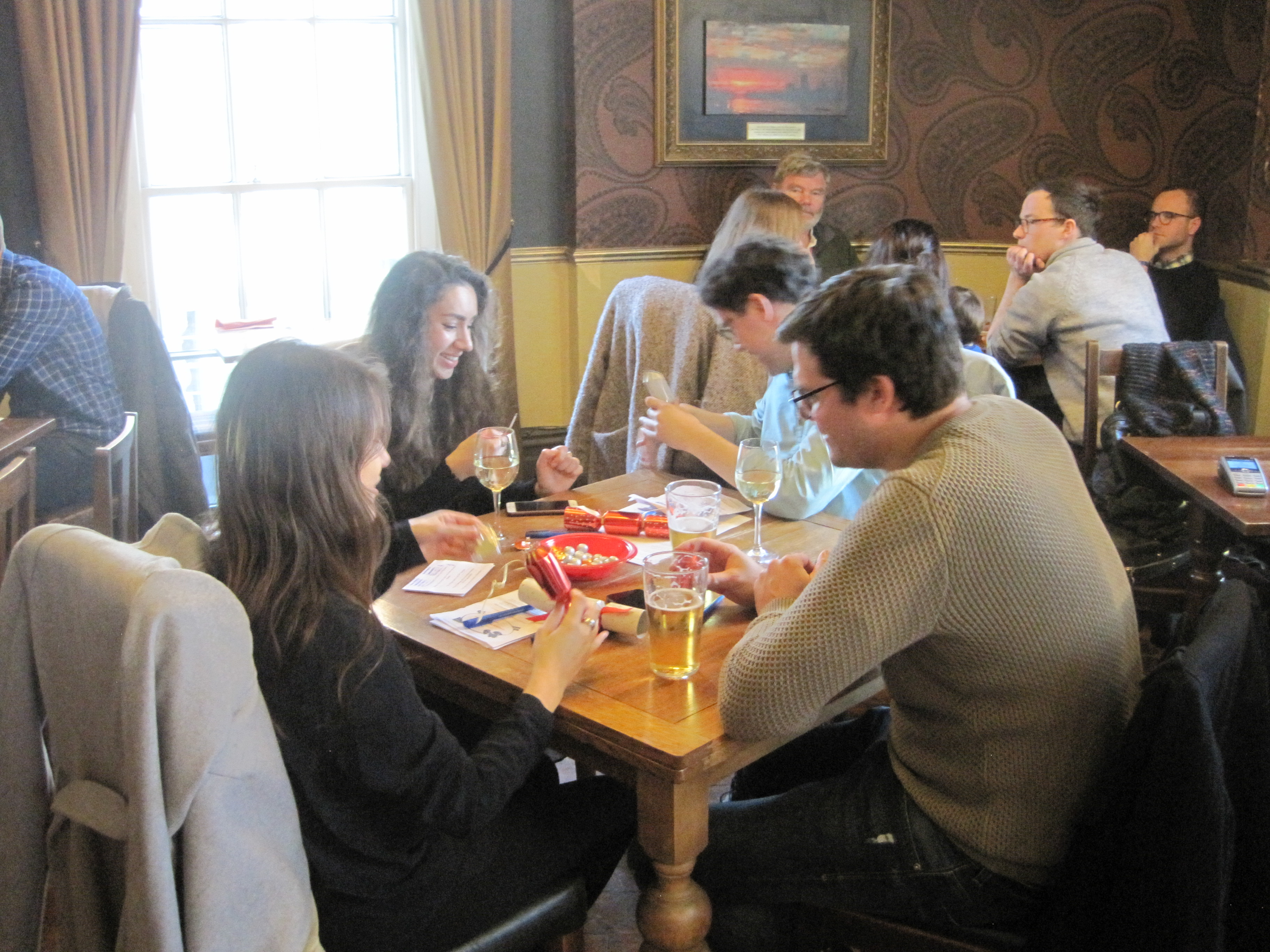 Book a scavenger hunt with Treasure Hunts In London by visiting