Deckscape – The Curse of the Sphinx

While isolated at home in London, we took a “trip” to Egypt to solve “The Curse of the Sphinx”. This is the sixth title in the series of escape-room-in-a-box games produced by Deckscape.

The box contains a single deck of cards. There is no rulebook and little game setup needed. Just access to a pen and paper and a clock. All you have to do is turn over the first card and start reading.

The deck of cards explains what to do as you play. At specific points in your journey, you will be asked to split the deck by colour. When you do this you’ll find you have multiple puzzles available simultaneously. At these points you have a choice on what to solve first. Using the cards in this way splits the action as if you are moving from one room, via a secret door/passage, to another room.

As you make your way through the pyramid, you are pursued by a Mummy. If you get a puzzle answer wrong, the Mummy advances towards you. You are given extra puzzles to solve to evade the Mummy before you can continue the game.

If you need a hint to solve a puzzle, there is a helpful hint card available.

We have played Deckscape games before (The Fate of London and Test Time ) and like the fact that the game material is not destroyed during play.

Made for 1 to 6 players, the game is advertised as taking around an hour to play. With two of us, it took just over 1.5 hours. 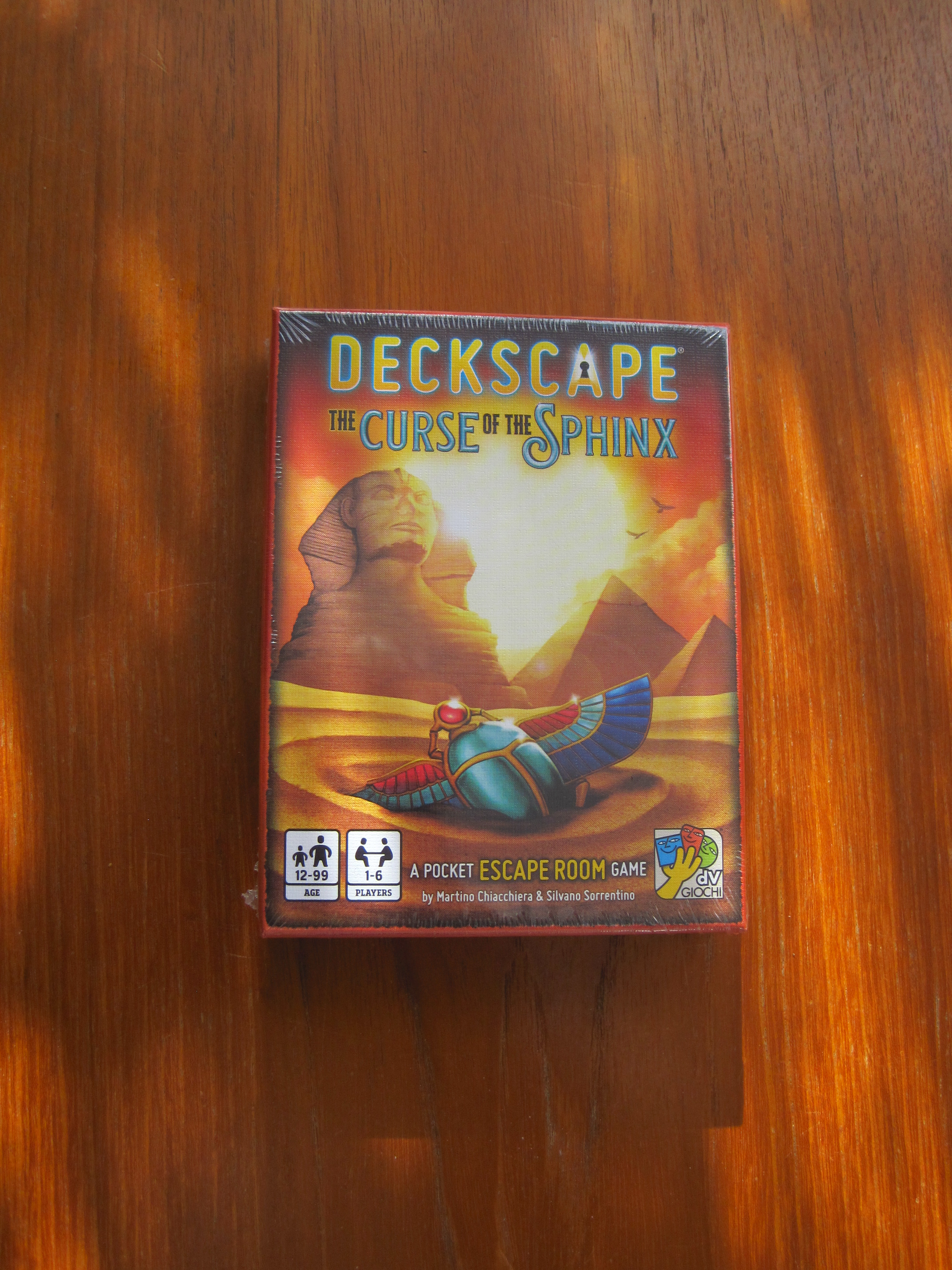 During a visit to the ancient Egyptian monuments, an unforeseeable event locks the players in a secret room inside the pyramid. Will they be able to decipher the enigmatic hieroglyphics and find a way out before the mummy catches them?

Deckscape – The Curse of the Sphinx is available from Amazon