Mystery At the Stargazers Manor

The Mystery At the Stargazers Manor is another escape room in a box. Made for 3-8 players, this one is by ThinkFun.

Although the box recommends a 90 minute playing time, that is for 6 to 8 players. Reading the introductions suggested the game would take a smaller team around 2 hours to play.

So we set aside an afternoon and gathered our team of adventurers.

When we came to play the game it only took us just over a hour to complete with no hints needed. We were surprised to be finished so quickly but all agreed we’d had a good time.

The box contains instructions, a solution wheel, a scene card and 5 sealed envelopes, containing secret items. The Solution Wheel spins to confirm your answer and to indicate which envelop you can open next.

There is a good mix of puzzles and we all took turns reading the scene cards and spinning the solution wheel. The story was well written, with each scene having an opening narrative that moved the story along.

As with other escape rooms in a box, this is designed to be played once only. However, there are instructions on Thinkfun’s website about reassembling the envelopes so you would be able to play this again with another group of friends. Unlike other boxed games, there are no single-use items in the box. 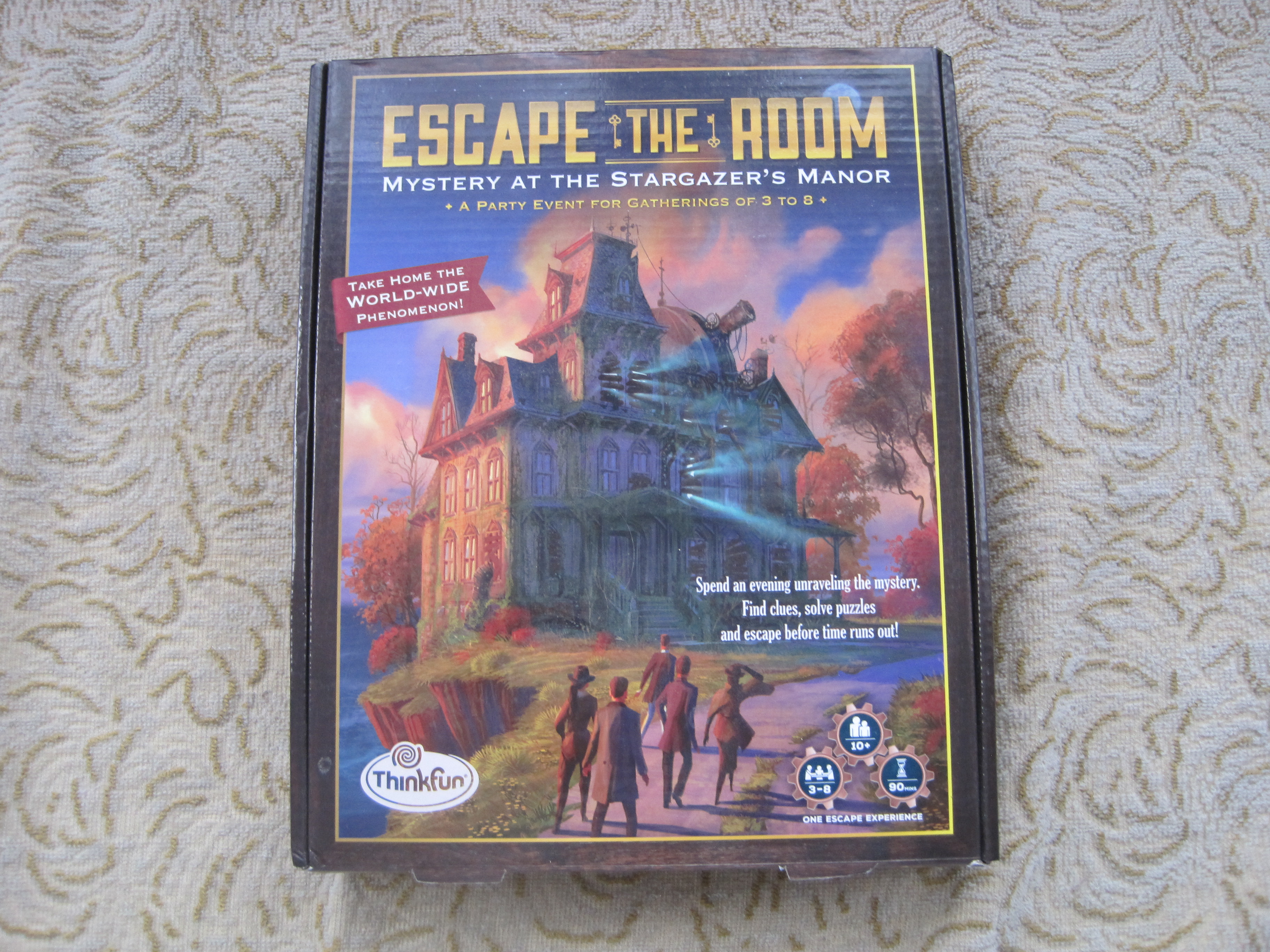 It’s 1869 and the town’s well-respected astronomer has not been seen since the untimely passing of his wife. Recently, strange things have been happening at his manor – loud and unfamiliar noises, an unpleasant smell, and smoke billowing from the observatory. It’s up to you and your guests to solve the mystery at the Stargazer’s Manor!