In 2011, Benedict Egg and Runcy Spoon were locked in a vicious battle.

But only one could win The Egg and Spoon Race

It appeared to everyone that Benedict Egg may have won, when he announced a press conference. 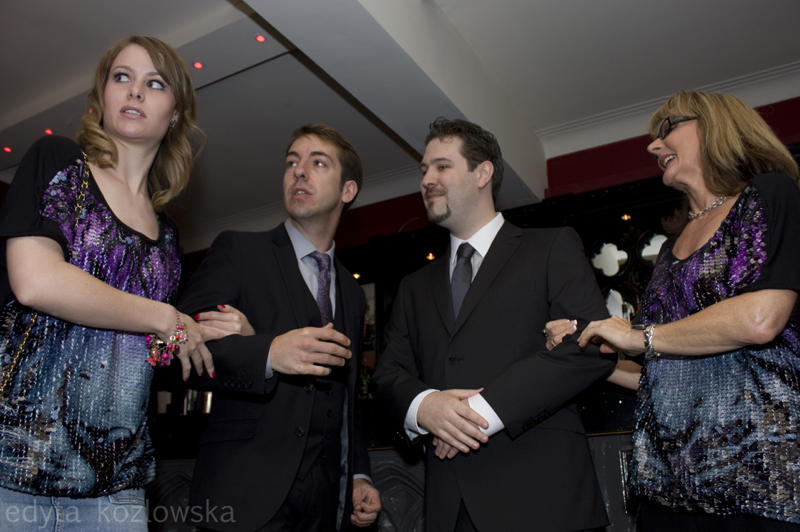 But, as Benedict demonstrated his companies exciting discovery there was a fatal accident!
……….Or was it?
Maybe this was no accident but MURDER!

Murder Mystery Dinner – The Egg and Spoon Race
If you would like to experience The Egg and Spoon Race yourselves, log onto http://www.invitation2events.co.uk and hire a private party for you and your friends, family and colleagues.  Actors play the parts of the suspects and victim, while the audience interact as the journalists, VIPs and guests at the press conference.
This murder mystery is produced by Invitation To Events http://www.invitation2events.co.uk
Photography by Edyta Kozlowska
Actors –