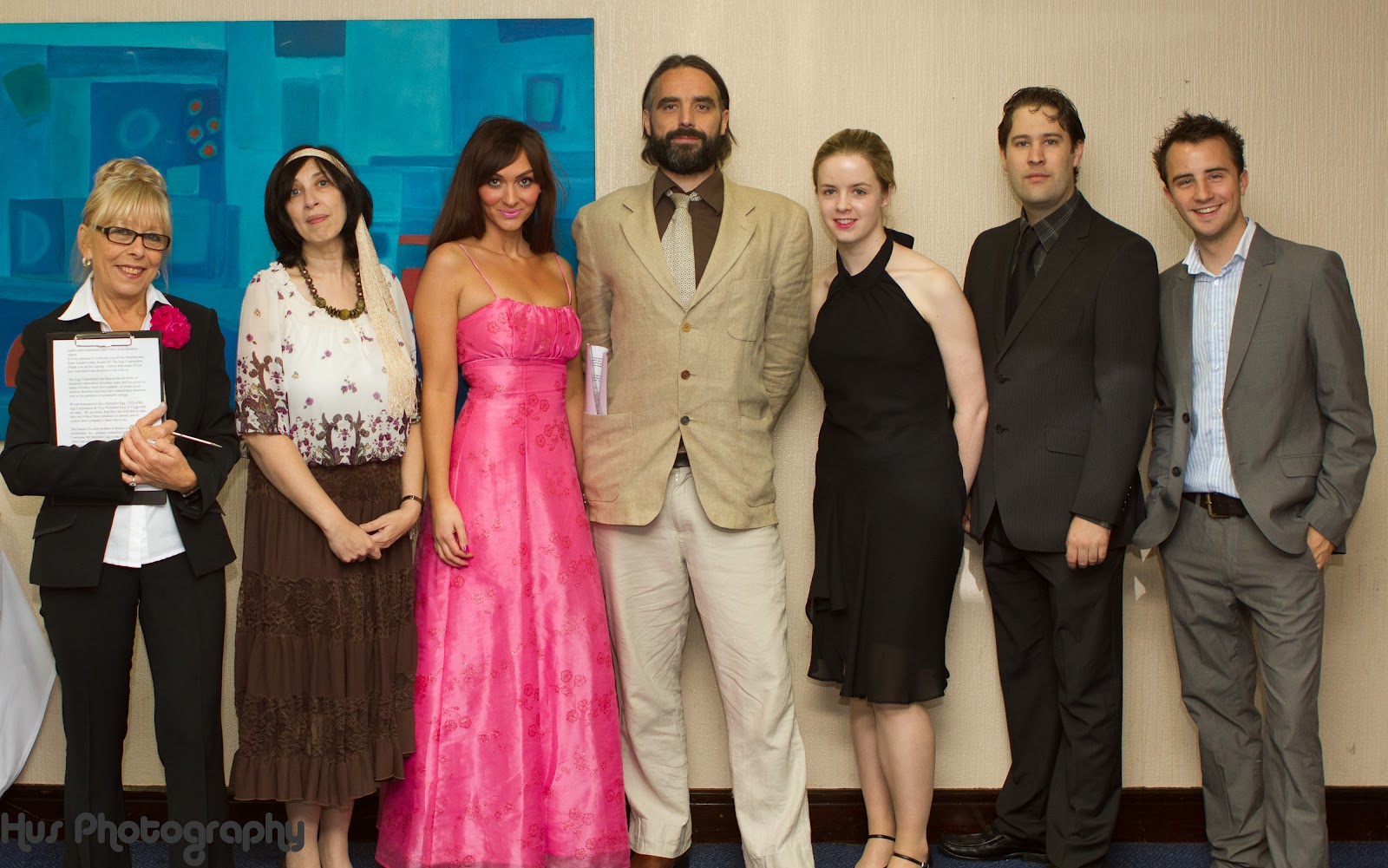 The best shows feature professional actors to play the victims and suspects. They are experienced at encouraging audience participation in the production as the murder unfolds. It’s more than just watching a play – it’s like being part of the action! The audience is tasked with determining the method, motivation and perpetrator of the crime, with the help of the (actor) detective.

An example of a Murder Mystery dinner theatre by Invitation To Events.

If you want the audience to play the suspects, you could have a compered show where the guests are given a character profile to read.

They do not have to learn a script and the characters can be distributed on the night. An example is The Blood Arrow Murder at http://www.solvethemurder.co.uk/compere.html As the audience are given their scripts on the night, they do not have time to learn lines, develop a character or know the background of the story. Therefore, they are restricted to reading what is put in front of them and not answering questions from the floor.

If you want to book a show for Christmas, we still have a few dates available. Contact us at contact@invitation2events.co.uk