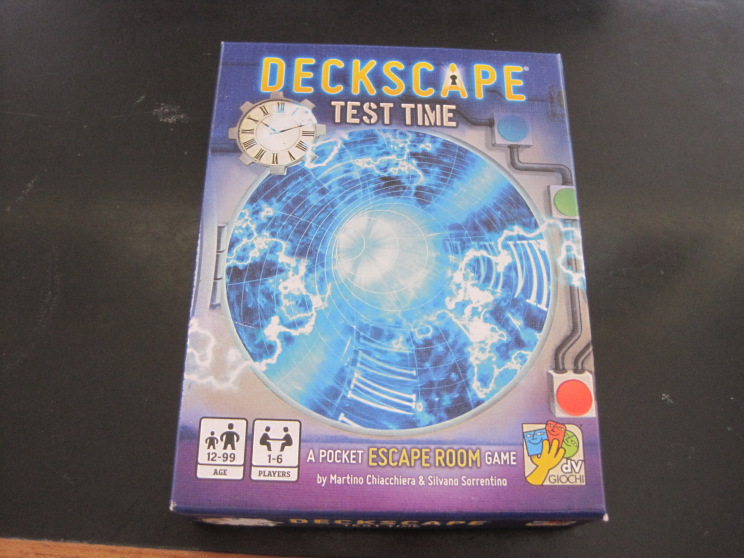 Over lunch we decided to try out a new escape room in a box. Deckscape – Test Time is designed for 1 to 6 players and we were playing as a couple. Having played it, I’d say 6 was too many, but it worked well for two players.

It starts with a caution card telling you the cards must all be in order. As it was a new game we assumed they would be. The next card explains what will be involved.

So we gathered pen and paper, got our watches ready and flipped the card to begin.

We found ourselves in the Laboratory of Doctor Thyme. He welcomed us and gave us our mission before he was swept away……..

We started to work our way through the cards. The initial puzzle gets you used to the game and is followed by a couple of hint cards that you don’t look at unless you need to during the game. Then the real game begins.

They had some good puzzles that got harder as we worked through the game.

Don’t be fooled. Some cards are used more than once. We needed a hint that led us back to a card we’d previously discarded. So hang on to everything that may have more than one use.

So, you may have succeeded in part of your mission but there is a twist at the end.

Did we choose the right one? Difficult to say but having read the alternatives, some gave a better outcome than others.